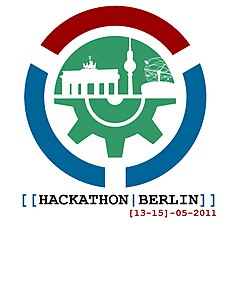 The Berlin Hackathon 2011 was an opportunity for MediaWiki developers to come together, squash bugs and write crazy new features. Like the last two years, it was awesome. Unlike the previous two years, there was more hacking and less talking. Also, this time around, we did this independently from the Wikimedia Conference. Wikimedia Deutschland was also happy to host the meetings of the European Wiki loves Monuments team and the Language Committee during the Hackathon (a.k.a. hackfest or hackaton or developers' meeting).

This event has ended.

One the Sidelines (or later)[edit | hide | edit source]

Retrieved from "https://dreamsit.com.br/w/index.php?title=Berlin_Hackathon_2011&oldid=6298"
Category:
Cookies help us deliver our services. By using our services, you agree to our use of cookies.